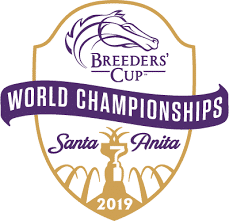 In 2018 EZ Horse Betting provided its readers with the winning superfecta for the Breeders’ Cup Classic. That was our first time to ever give out winning selections. This year we will also have some Breeders’ Cup picks to share, so check back often to see what horses we like. In the meantime, here is all you need to know about the 2019 Breeders’ Cup.

The 2019 Breeders Cup World Championships will be held at Santa Anita Park on November 1 and 2, 2019. This is not the first time that Santa Anita has hosted the Breeders’ Cup. This year all eyes will be on Santa Anita because of the horses that broke down on the track during its 2018-19 race meet.

Santa Anita believes that it has addressed many issues, and racing officials in California will work to insure that all medication rules are followed. The goal of the Breeders’ Cup is to provide an environment where horses can compete safely.

Tickets for the event are not cheap by any means. Those who expect to attend the races in person will be able to choose from one of the following ticket options:

There are also Breeders’ Cup Experiences that are available at various prices. These tickets can include many extras and are much more expensive.

Enjoy the Breeders’ Cup at an Online Racebook

The betting menu that is available at your online racebook is the same one that you will be able to access on the track. You will be able to bet straight wagers as well as exotics. You can even make a bet on the Breeders’ Cup Pick Six. Winning that bet could put $50,000 or more in your pocket. Of course, you might also want to bet the superfecta. If you bet the horses EZ Horse Betting picked in last year’s Breeders’ Cup Classic superfecta, you walked away with several hundred dollars for a $2 bet.

Watching the Breeders’ Cup On Television

It is also possible for you to watch the Breeders’ Cup on US television. The NBC network provides coverage for the event on its main channel and also on the NBC Sports Channel. The coverage includes races from both days of the racing event.

There are a total of 15 races to be contested on Friday and Saturday. These races include events for fillies and mares, male horses, and juveniles. There are also races for sprint horses and races horses that run distance events.

The main event is the Longines Classic. It is the final event of the Breeders’ Cup. This race is filled with the very best horses in the world. The winner of the race often goes on to be named Horse of the year at the annual Eclipse Awards.

The Way the Breeders’ Cup Works

When the Breeders’ Cup was first held there was a nomination fee that owners had to pay to enter their horse in a Breeders’ Cup event. In theory, any owner with the money to get their horse into the event could be considered for a spot in a race. Unfortunately, this did not work out very well. Some wealthy owners or other owners who raised the money put horses in the races that did not belong.

Today, things are different. The best horses must earn their way into the Breeders’ Cup qualifying. Horses can earn points in races to qualify for the events. They can also win in designated Win and You’re In Events throughout the year. These are called Breeders’ Cup Challenge races. There is also a third way to be included in the Breeders’ Cup. A horse can be selected by a panel of experts to compete in the race. The decision of the experts is final and cannot be contested.

This system works much better than the old way. It helps to keep the races competitive and reward the very best horses in the world today.

The Breeders’ Cup is an event that will pay out over $30 million in purses over the weekend. You don’t want to miss your chance to watch and wager on this event. Create your online racebook account today and let the winning begin.  Check our Bovada racebook review, Twinspires review or even our Betamerica review. All great choice if you are in the US. 5Dimes review for folks anywhere!