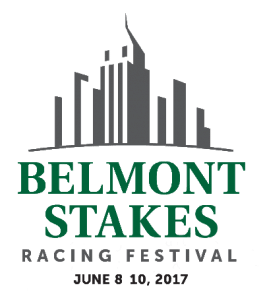 There was no chance for a Triple Crown champion at the 2017 Belmont Stakes. Even though three different horses won each of the three Triple Crown races, trainer Todd Pletcher notched two wins in the series when Tapwrit bested a field of ten in New York.

In recent years, horses bred in Kentucky have performed very well in the Belmont Stakes. Since 2006, every winner was foaled in the Bluegrass State. It is also noteworthy that 2017 is the second straight year that a son of Tapit has won the Belmont. The sire also produced the 2016 winner, Creator. Tapit is rapidly establishing himself as a sire of horses that are primed to run long distances. The Belmont is contested at 1 ½ miles and is the longest race in the Triple Crown series.

Leading up to the Belmont, Tapwrit was somewhat unimpressive. The horse had managed a win in the Tampa Bay Derby to score enough points for a Kentucky Derby entry. After that, Tapwrit performed only moderately well. He was fifth in the Toyota Blue Grass and sixth in the Kentucky Derby. Both of those poor efforts came in his home state.

Tapwrit is owned by Robert LaPenta who earned an $800,000 return on his investment. LaPenta is one of thoroughbred racing’s premier owners with multiple stakes wins to his credit.

A Race Filled With Drama

There was a considerable amount of drama leading up to the Belmont Stakes. On Wednesday before the Saturday event, Epicharis appeared lame. The horse was subsequently scratched from the event. This reduced the field of starters from 11 to 10. As a rule, the Belmont Stakes draws a smaller field that the first two Triple Crown events. In some years it is common to have less than ten starters. This is especially true when the race contains a horse vying for the Triple Crown.

Once the race began the drama continued. Right after the horses broke from the starting gate, Hollywood Handsome clipped heels with Twisted Tom. Florent Geroux, the jockey for Hollywood Handsome, was almost unseated when his feet left the irons of his saddle. Clipping heels is a term used to describe what happens when the front hooves of one horse impact the rear hooves of another horse in front. It can be a dangerous situation which has caused many horses and jockeys to go down during the race. Hollywood Handsome never recovered and was eventually eased out of contention.

Irish War Cry made another strong showing but was unable to overcome Tapwrit. Patch, the horse with one eye, managed a third place finish. Other horses in the event included Gormley, Lookin At Lee, Meantime, J Boys Echo, and Multiplier. Lookin at Lee showed extreme signs of fatigue as he finished 28 lengths behind the winner. The horse was the only competitor in the field to compete in all three Triple Crown races.

The Expensive Side of Thoroughbred Racing

It isn’t cheap to own a thoroughbred racehorse. Tapwrit was purchased at a sale for $1.2 million. With his win in the Belmont Stakes, the horse still has not earned his owners back the money it cost to buy him.

What many owners also count on are the eventually breeding fees that a horse will earn. Tapwrit stands a good chance to earn money in the breeding shed because of his Belmont Stakes victory. It also helps that his own sire has a reputation for siring strong horses.

Owning a racehorse also involves major operating expenses such as training fees and veterinary bills. It is common these days for horses to be owned by a partnership of individuals dedicated to racing.

The Future for Tapwrit and Todd Pletcher

It is unclear what the future holds for Tapwrit. If he maintains his health there is no reason why he cannot continue to compete in his four year old year. It is also possible that the horse will make an appearance in the Breeders’ Cup later in 2017 given the strength of his Belmont victory.

Many horse do not mature and achieve their best form until they turn four years old. California Chrome is just one example. Chrome became famous for his ill-fated attempt at the Triple Crown but went on to become one of the best horses in the world as he grew older.

Trainer Todd Pletcher is still pursuing his Triple Crown quest. He now has two wins in the Kentucky Derby. Having a single horse to capture all three races is a rare feat, but Pletcher is sure to keep chasing the dream. He remains one of the best racing trainers in the world.

Don’t forget that you can watch and wager on the Triple Crown series and Belmont Stakes when you create an account with an online horse betting sites. In many cases you will be given free past performances and generous sign up bonuses when you sign up. Check our Bovada racebook review, Twinspires review or even our Betamerica review. All great choice if you are in the US. 5Dimes review for folks anywhere!