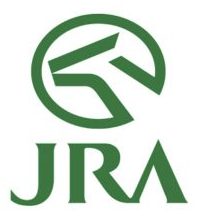 In Japan horse racing is conducted somewhat differently than it is in other parts of the world. This is due to the Japan Racing Association. The JRA is a regulatory agency which has jurisdiction over all aspects of Japanese horse racing. This is thought to be an advantage because it establishes consistency. The rules at one of the country’s horse racing tracks apply to any of the other tracks in the country.

Many have called for the establishment of horse racing associations like the JRA in other parts of the world. Here is a closer look at the Japan Racing Association and how it impacts betting on Japanese horse racing.

The JRA, or Japan Racing Association, is a governing authority for the sport of horse racing in Japan. The JRA maintains its own website which is offered in multiple languages. It is the sole authority for Japanese racing, and it is tasked with developing rules and enforcing them throughout the country.

Some of the things that fall under the scrutiny of the JRA are jockey weights, horse racing meeting times, and the conditions for various horse races. Betting is also under the association’s direction. The JRA sets the takeout that can be levied by racetracks, and it also has a say in which betting platforms are permitted.

When there are any disputes between horsemen, jockeys, or even between the horse racing tracks and the bettors, the JRA is the agency that is responsible for resolving them. As an agency, its decision is final. There is no appeal beyond the association for all things related to horse racing.

Many countries are beginning to look at the Japan Racing Association as a model for similar authorities. In the United States, the call for such an association has long been promoted. Each state is allowed to sanction its own racing laws. Many claim that this makes it more difficult to punish trainers that cheat with illegal medications. Just because a trainer is banned in one jurisdiction does not necessarily mean that he will be banned in another.

In Japan the situation is different. A violation of the JRA rules at any track in the country is upheld across all of the nation’s tracks.

The JRA is also tasked with designing and maintaining the overall horse racing structure in the country. This means establishing when horse racing tracks are allowed to conduct their meetings. In Japan, horse racing is mostly conducted on the weekends and at night. It is culturally more appropriate for racing to be held at such times, because that is time generally appropriated to leisure activities.

In addition to meeting times, the stakes schedule is also determined by the JRA. A stakes schedule is an outline of when the important stakes races in a country are held. It also sets the purse amounts for stakes racing events like the Japan Cup, and the purse generally reflects the quality of the race. The higher graded races will have the largest purses.

Although this may sound confusing to some bettors, it is actually very similar to the way stakes are managed in the US. The only difference is that each state, or even each race track, is able to set its own stakes schedule. In Japan this is all done by the Japan Racing Association.

So, how does the presence of the Japan Racing Association affect the bettor? Does the JRA have an impact on how, where, and when bettors are able to play the Japanese races. The answer is yes.

The JRA is responsible for establishing licensing agreements with racebooks throughout the country that permit Japanese citizens to make wagers by phone or at an off-track betting facility. The JRA also issues the licenses that allow each horse racing track in Japan to collect bets and pay out winners from the parimutuel pools.

What is most important for the readers of EZ Horse Betting is that the JRA determines which online racebooks are allowed to offer live streams of Japanese racing in addition to betting. At the present time, a handful of online racebooks available in the US are able to provide access to JRA racing action.

The JRA makes sure that all online racebooks are offering wagering from the official pools. It also makes sure that the right takeout is being deducted from the racing pools, and that players are being paid the right winnings. As you can see, oversight of this type is important to maintain the integrity of horse racing betting on Japan events.

Most online racebooks will make it clear that they have established a partnership with the JRA in order to provide access to Japan racing. We recommend several such as TVG that have a licensing agreement.

You have all the information that you need to watch and make wagers on Japanese horse racing. Online horse betting is the way to go. You can access hundreds of race tracks from your mobile device without ever having to leave your living room. You can also get free bonus money from some online racetracks when you make your first deposit.

See our Bovada racebook review,  Betamerica review, or AmWager Review. All great choice if you are in the US. 5Dimes review for folks anywhere!