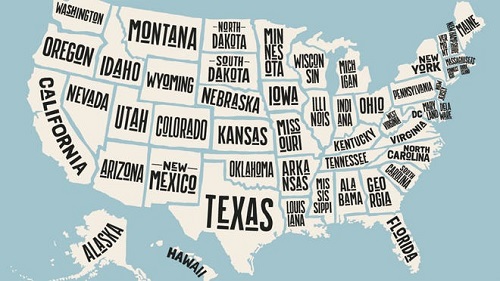 Anyone that has spent any time betting on horse racing in the US knows that the Eastern United States dominates horse racing. This is true not just in the states but also throughout the world. New York, Florida, and Kentucky have bigger betting pools, horses and jockeys of better quality, and also a rich horse racing history. Here are several reasons why these three states have long been considered the best horse racing circuits.

Better Horse Racing Tracks in the Eastern US

Horse racing tracks can be found in many parts of the US. This includes many states on the West Coast. We sure don’t mean to slight California, even though some will probably feel that we are. We will stand by our conclusion that the best horse racing tracks in the US, with a very few exceptions are located in the East.

Saratoga, Churchill Downs, Belmont Park ,Gulfstream Park. These are horse racing track names that are known to almost everyone, whether the are a fan of horse racing or not. Some of the greatest moments in horse racing history have played out on those tracks throughout the years. Seabiscuit Vs. War Admiral at Pimlico Park is just one horse race that comes to mind.

These horse racing tracks that are steeped in legend are still maintained to high degree. At Belmont Park there is still a dress code for the clubhouse, even on a weekday. Standards that were long ago established in horse racing have been honored and kept.

When it comes to the caliber of race horses that are found in the United States, nothing really comes close to horse racing in California, New York, or Kentucky. For years these states have been the hotspots for breeding farms in the US. It also seems true that many of horse racing’s most successful owners and trainers are from the East.

The thing about building a strong circuit for US horse racing is that tougher competition breeds stronger circuits. It’s a circular effect. As the horses in New York, California, and Kentucky get better, the level of ability a horse needs to compete there also increases.

Why does this matter? It matters to the bettor because a stronger horse racing circuit will provide more betting opportunities. Pools get bigger and payouts increase.

All Those Bettors Can’t Be Wrong

On the subject of bettors it is accurate to say that many professional handicappers have preferred the Eastern US race tracks. That says something. We could give numerous examples of handicappers that have chosen to do their betting in New York, Kentucky, and Florida, but we will keep it to one of the most famous. Andrew Beyer.

You might recognize Andrew Beyer has the creator of the world-famous Beyer Speed Figures. These figures allowed Beyer to dominate race horse betting in New York and Florida. Today they are a part of the Daily Racing Form, and they are widely regarded as the most accurate way to quantify speed in a single number.

Before Beyer sold his figures to the Daily Racing Form, he was the only one with access to them. That gave him a huge advantage. He chose to pursue that advantage at horse racing tracks in Florida and New York. Beyer even wrote a book about his horse racing betting at Saratoga and Gulfstream Park. In a single year he made a profit of $50,000.

Beyer chose the Eastern horse racing tracks because they offered him the best chance for profit. In many respects this is still true today.

Pilgrimages in US Horse Racing

There are serious horse racing fans today who want to visit the most important locations in American horse racing. It would be fair to say that most of those horse racing landmarks are located in Florida, New York, or Kentucky.

Another trip that the tried and true fan of horse racing must put on their bucket list is a visit to Saratoga. This horse racing track in New York is one of the most important horse racing meets on the calendar each year.

The Kentucky Horse Park is another place that would be of interest to horse racing fans. At this attraction there are many retired famous race horses. It is also the final resting place of may famous horses.

In making our case that the Eastern US dominates horse racing we have to make a mention of the Triple Crown. This prestigious horse racing series includes three races, all of which are held in the East. There is the Kentucky Derby in Kentucky, the Preakness Stakes in Maryland, and the Belmont Stakes in New York.

To claim the Triple Crown a horse must win each of these events in the same year. It is a grueling contest that has only been achieved by 13 horses since 1919. The most recent horse to win the Triple Crown was Justify in 2018.

Florida is not fortunate enough to have a race in the Triple Crown series, but few horses can win the Triple Crown without the state. The reason for this is that Florida hosts some of the most important prep races for the Kentucky Derby. You could rightfully say that the road to the Triple Crown often runs through Florida.

We love to recommend that individuals do their horse betting at an online racebook for many reasons. In this case you will find that online racebooks like AmWager are very fond of the Eastern horse racing tracks. All of them allow you to bet on these tracks with a computer, phone, or tablet.

When you use an online racebook you will be betting into the same racing pools that you would have access to if you were betting live at Churchill Downs, Gulfstream Park, or Aqueduct. On the big racing days you can also participate in the special pools like the Pick 6 on Kentucky Derby Day.

No one does horse racing like Kentucky, Florida, and New York. The true heart of US horse racing beats in these three states. You can virtually enjoy each track in each of these states when you open an account with an online horse betting sites we list today.