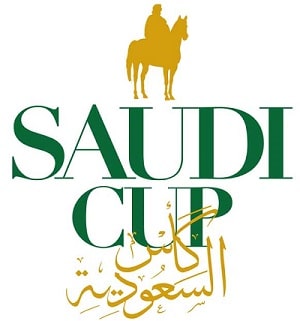 Are mega races like the Saudi Cup, the Pegasus World Cup, Dubai World Cup, and Champions Cup becoming the new trend in horse racing? Is it possible that these large events will someday replace more traditional horse racing contests? Here is a look at how the Saudi Cup became the world’s richest horse race, and how other races contributed to its birth.

The $20,000,000 purse for the Saudi Cup is impressive, but even more impressive is that the event is conducted in a country that has a reputation for being oppressive in may ways. The very leaders of the country were even connected to the 2018 assassination of journalist Jamal Khashoggi.

Sporting events have been slowly making inroads into the conservative culture of Saudi Arabia. World Wrestling Entertainment has even been able to host wrestling cards which have featured women, something that would have been hard to imagine just five years ago. It was similarly hard to envision the Saudi Cup in a country that has a strong opposition to gambling.

What many people do not realize is that horse racing and the Middle East have a connection of sorts. The lineage of the entire thoroughbred horse racing line runs through three original studs from Yemen, Syria, and most likely Turkey. Although the Byerley Turk’s actual birthplace is unknown, no one can dispute that the horses were all Arabian, chosen as the best of their breed to found the thoroughbred bloodline.

Some would say that it is only right for the Middle East to reclaim its birthright, so to speak, by becoming the home of the world’s richest races.

In looking at how the Saudi Cup became the world’s richest horse race, one would have to examine the influence of the Dubai World Cup. The race was once able to claim that it offered the largest purse, until it was challenged by the Pegasus World Cup in the United States. The Dubai Racing Carnival still remains one of the richest horse racing meets in the world today.

The UAE should be given credit for having the determination and willingness to stage such an event. Without the Dubai World Cup, the Saudi Cup or any other of the mega horse races would have been hard to bring to life.

Challenges Faced by the Saudi Cup 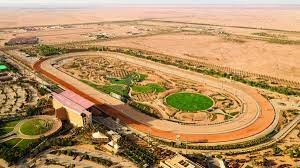 When the inaugural running of the Saudi Cup was announced for February 2020, few people had an idea of what would be transpiring in just a few short weeks. Not long after the race, a majority of the entire world was on lockdown or preparing to enter periods of restriction due to the Covid-19 global health pandemic. If the race had been scheduled for even a month later, it probably would have been canceled.

As it was, getting the horses, trainers, and jockeys into Saudi Arabia for the race was a challenge. Many hurdles had to be cleared, and there were some owners and trainers who simply refused to subject their horses to the stress of international travel.

Still, when the field for the Saudi Cup was announced there were some impressive names. Among these was Maximum Security. The famed colt lost the Kentucky Derby in 2019 due to being disqualified for interference. The Saudi Cup was a chance at redemption, and trainer Jason Servis guided Maximum Security to the win. Unfortunately, Servis would be indicted just a month later for the administration of performance-enhancing drugs.

This incident could gave given the Saudi Cup a black eye. The Covid-19 pandemic could have ended any discussion of a second running. Still, despite all the challenges, the Saudi Cup returned in 2021 with another $20,000,000 purse. It appears that the race is here to stay.

Watching and Wagering on the Saudi Cup

If the Saudi Cup returns in 2022 there is every reason to think that it will be even bigger than before. Many of the online racebooks that we recommend have offered betting on the Saudi Cup in its first two events. They will probably continue to do that in the future.

What this means for you is that you can enjoy all the fun of the Saudi Cup horse betting right from the comfort of your own home with a computer, phone, or tablet. You can sign up in a matter of minutes, and you’ll get access to many free handicapping tools.

Did we mention that those who join an online racebook are also able to take advantage of promotional offers which can include free cash? There are also VIP programs which allow you to be rewarded for frequent play.  You can check our AmWager review.